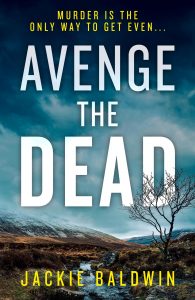 DI Frank Farrell and DS Mhairi McLeod must reluctantly return to Dumfries to solve the horrific murder of a local defence solicitor’s wife. The son of another solicitor is also murdered. Both have been stabbed but the knife is not recovered.

The murders start on the tenth anniversary of a horrific fire that claimed the life of a young female solicitor and now it seems that her former friends and colleagues are having those closest to them targeted. No one is safe from the diabolical plan unfurling, even at the highest level of the close knit criminal bar. No one is safe from the all seeing eye.

Under pressure from all sides, DI Farrell and his team must race against the clock to save the last and most precious victim of all even if it means that one of their own might pay the ultimate price. 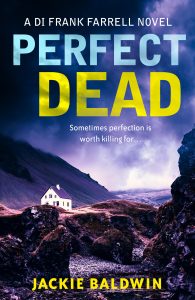 Each murder brings him one step closer to the perfect death.

Ex-priest, DI Farrell is called on to investigate a gruesome death in rural Scotland. All evidence points to suicide, except for one loose end: every light in the cottage was switched off. Why would he kill himself in the dark?

The question sparks a murder investigation that leads to the mysterious Ivy House, home of ‘The Collective,’ a sinister commune of artists who will do anything to keep their twisted secrets hidden.

And when the remains of a young girl are uncovered on a barren stretch of coastline, Farrell realises that there is something rotten in this tight-knit community. Now he must track down a ruthless killer before another person dies, this time much closer to home… 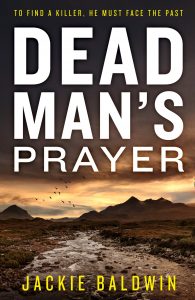 Ex-priest DI Frank Farrell has returned to his roots in Dumfries, only to be landed with a disturbing murder case. Even worse, Farrell knows the victim: Father Boyd, the man who forced him out of the priesthood fifteen years earlier.

With no leads, Farrell must delve into the old priest’s past, one that is inextricably linked with his own. But his attention is diverted when twin boys go missing. One twin is recovered in an abandoned church, unharmed. But where is his brother?

As Farrell investigates the two cases he can’t help but feel targeted. Is someone playing a sinister game, or is he seeing patterns that don’t exist? Either way, it’s a game Farrell needs to win before he loses his grip on his sanity, or someone else turns up dead.